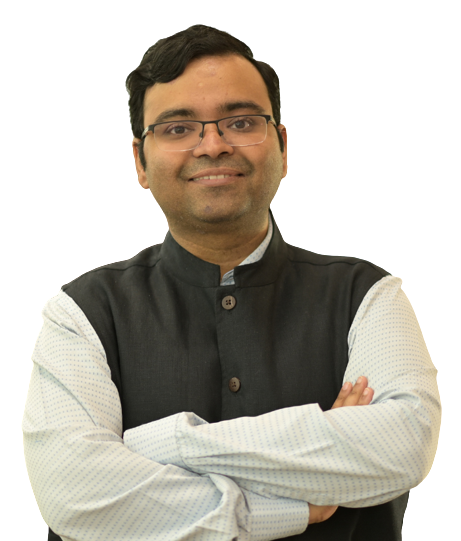 Prior to joining Plaksha, Dr. Tamaskar worked as a Research Scientist & Project Manager in Siemens Corporation, where he led a team of robotics and machine learning engineers to work on complex R&D projects related to advanced manufacturing and automation. The research topic areas included flexible robotic control leveraging the digital twin of the manufacturing process, flexible pick and place operations and interoperability between robotic and manufacturing systems. These projects were funded by the Advanced Robotics in Manufacturing (ARM) Institute, which is DoD sponsored public-private partnership aimed at improving the adoption of robotics in manufacturing.

Dr. Tamaskar received his BTech from IIT Bombay in 2005 and completed his MS and Ph.D. in Aeronautics & Astronautics from Purdue University in 2011 and 2014 respectively. After his Ph.D., he worked as a Technical Specialist in Advanced Controls Research Group at Cummins Inc. where he developed algorithms for state estimation and utilized model predictive techniques for internal combustion engines. His research led to significant improvements in engine fuel efficiency and reduction in emissions and the work is currently being deployed in production engines and has been awarded several patents. He has received several patents and awards for his research such as the Boeing Excellence Award for outstanding research. He also founded and led the development of the first student satellite of IIT Bombay, Pratham, which was launched by Indian Space Research Organization in September 2016.

At Plaksha, Dr. Tamaskar wants to pursue industry-focused research in Multi-Agent Robotic Path Planning and Control and Flexible Robotic Manipulation with the long-term vision of improving the adoption of robotics in India. While countries like China and South Korea have heavily invested in robotics and automation, India is far behind. India’s robot density is only 4 industrial robots per ten thousand employees, far below China (732)/South Korea (2589). Some of the challenges associated with automation and robotics for medium and small industries are lack of flexible technologies, high acquisition and sustainment cost, dearth of technical support, interoperability with legacy automation equipment, and paucity of indigenous solutions and trained workforce. He is actively seeking partnership opportunities with like-minded individuals in pursuit of this long-term vision and help accelerate the adoption of robotics and automation.