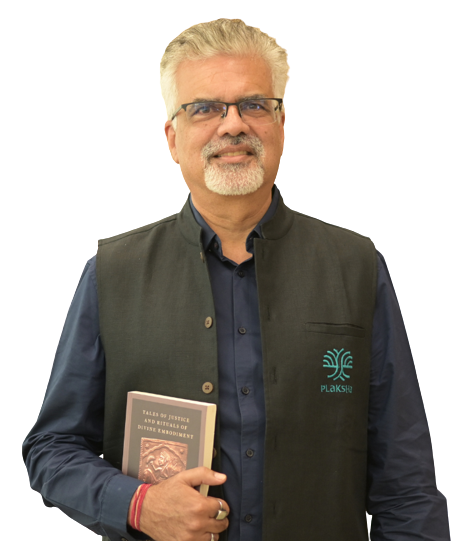 Dr. Malik has held several senior academic and administrative positions internationally and nationally. He has travelled extensively and given scholarly lectures particularly in the fields of Humanities and Social Sciences in India, USA, Europe and New Zealand. Most recently he was the Vice-Chancellor at K.R. Mangalam University. Previously he has also been the founding Professor and Dean of the School of Historical Studies at the newly established Nalanda University and a Professor in the School of Social and Political Sciences at the University of Canterbury, New Zealand.

Dr. Malik was trained in philosophy, archaeology and ancient history at St. Stephen’s College (Delhi) and Deccan College (Pune). He received further academic training in classical and modern Indian studies, social anthropology and the history of religions from the internationally acclaimed South Asia Institute of the University of Heidelberg (Germany) from where he received his D.Phil. and Habilitation (Professorial degree).

He has conducted several years of ethnographic fieldwork in rural western and northern India. He is interested in the cultural significance of oral traditions and ritual performance; the intersections of religion, social justice and law; the social, symbolic and religious importance of pilgrimage; the interconnections between memory, time, imagination and historical consciousness; questions concerning the relationship between self, world and language; as well as the meanings of thinking, creativity and intelligence.

Dr. Malik is the recipient of several highly competitive international and national research grants. He was Senior Fellow of the Deutsche Forschungsgemeinschaft (German Research Council; Heidelberg, Germany), UNESCO International Consultant (Paris/New Delhi), Visiting Professor, Israel Academy of Sciences at the Institute for Advanced Studies, Hebrew University (Jerusalem, Israel), Visiting Professor at the Cluster Innovation Centre, University of Delhi, and twice a Fellow at the Max Weber Centre for Advanced Cultural and Social Studies (Erfurt, Germany) which counts among the preeminent centres of excellence in social science research in Germany. He was honoured as an Inspired Teacher, the highest civilian recognition for university teachers in India, by the late, former President of India, Bharat Ratna Dr. Pranab Mukherjee in 2016.