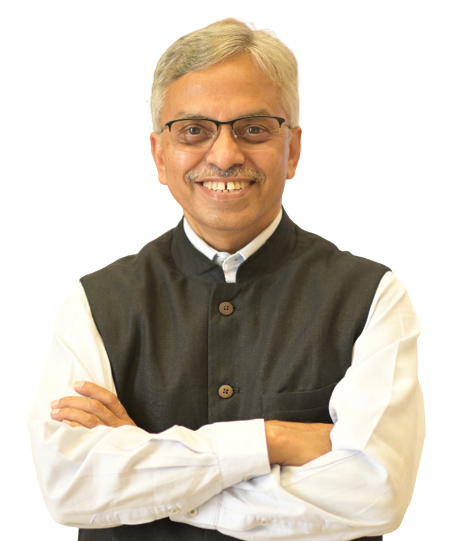 Dr. Pratap is the Founding Vice Chancellor of Plaksha University. He was till recently the Deputy Director of Indian Institute of Science, Bangalore, Founding Chairperson of the Centre for Nano Science and Engineering (CeNSE) and a Professor in the Centre, as well as of Mechanical Engineering at IISc, Bangalore.

A pioneer in the field of Micro and Nano-Electro-Mechanical Systems, Dr. Pratap has been associated with the Indian Institute of Science (IISc), Bangalore for almost 25 years (1996- 2021) and is credited for establishing the globally recognized Centre for Nano Science and Engineering at IISc. Dr. Pratap was also an invited professor at EPFL, Lausanne, Switzerland in 2004-05. Prior to joining IISc in 1996, he taught at the Sibley School of Mechanical and Aerospace Engineering, Cornell University, for 2.5 years. Dr. Pratap’s research areas include microelectromechanical systems (MEMS), sensor technology, computational mechanics, and mechanobiology. He headed India's first research lab in the field of microelectromechanical systems, the CranesSci MEMS Lab, at the IISc, Bangalore. He is an elected Fellow of the National Academy of Engineering and National Academy of Science.

An avid writer, Dr. Pratap’s book on MATLAB ‘Getting Started with MATLAB: A Quick Introduction for Scientists and Engineers’ is popular among engineering students around the globe. He is also an Associate Editor of the IEEE Journal of Microelectromechanical Systems and a member of the Editorial Board of the Journal of Micromechanics and Microengineering. He has published approximately 250 papers in peer-reviewed journals and conference proceedings. He is also an author on 17 patents. Dr. Pratap holds a B.Tech (Hons) degree from IIT Kharagpur, M.S from the University of Arizona and Ph.D. from Cornell University.